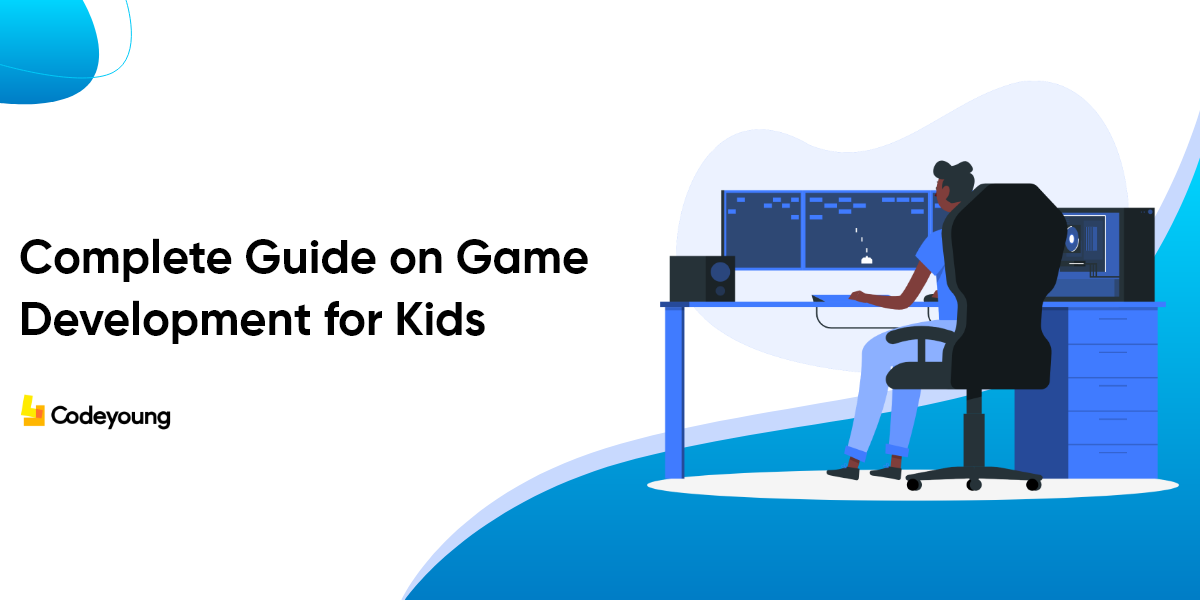 We all know kids love games. Developing games get as interesting as kids’ imagination. Also, what if I told you that making games could set you with a successful career? Sounds amazing right! Don’t worry this could be your reality. This guide sheds light on everything you need to know about Game Development. Without further ado, let’s get started.

What is Game Development?

Game Development as stated in freeCodeCamp.org is the art of creating games and describes the design, development, and release of a game. It may involve concept generation, design, build, test and release. While you create a game, it is important to think about the game mechanics, rewards, player engagement, and level design. 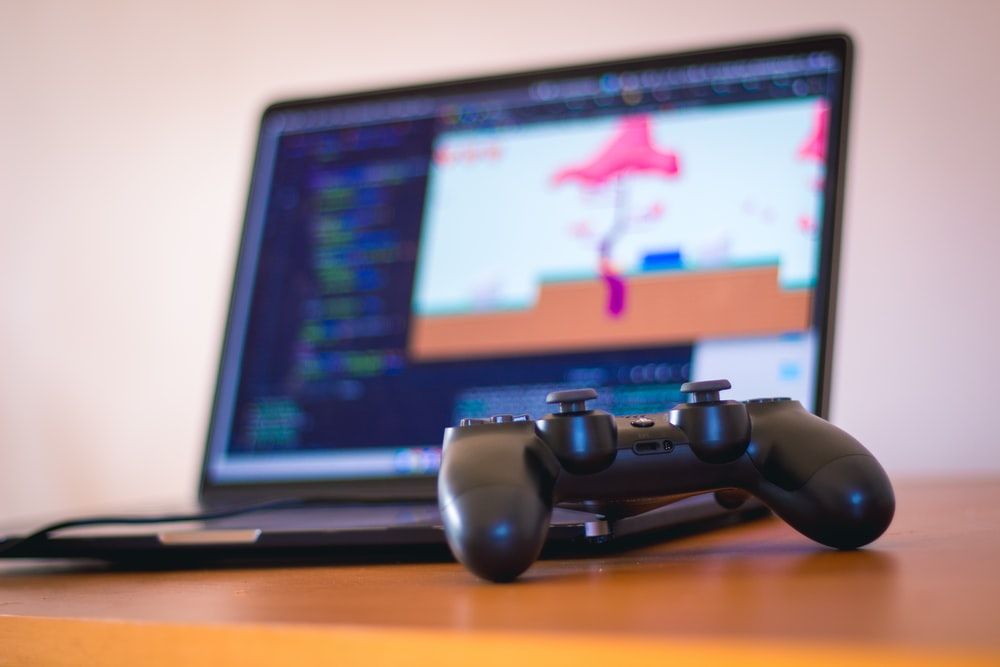 What is Game Development for Kids?

Game development is one of the most interesting ways of introducing coding to kids. There are many visual programming languages that can help kids create simple games. Visual Languages like Scratch, MIT App Inventor are great platforms for getting started with game development for beginners. While visual languages eliminate the pain points of debugging errors, text-based languages like Python will help them create complex games.

Games have always been a favorite recreational activity for children. But what if they could use the same for educational purposes? Creating games will help kids in understanding the know-how of the games they play. In the process of learning and building, kids learn to ideate and execute the plan. This recharges their creative juices and helps them develop a structured thought process promoting logical reasoning. This will also develop their imagination and persistence along with physical, cognitive, and emotional strength.

What is the importance of Game Development for Kids?

Kids are known for their curiosity and coming up with new ideas. Game development courses and design will help them channelize this skill while also building basic science and math concepts. To come up with a unique idea is a fun process. Deciding the theme to the characters - gives them the opportunity to challenge themselves while thinking in creative ways. There are various tools and kid's programming languages that can let students learn this skill at their own pace. Let us look at one of such languages.

How can kids get started with Game Development? 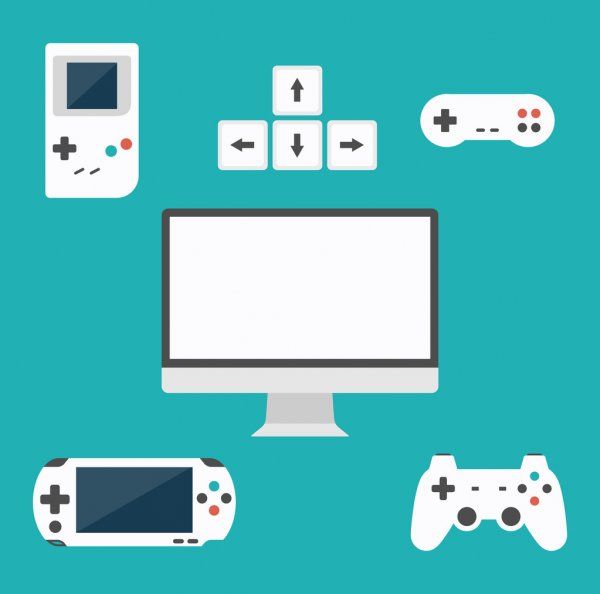 The best way to start when developing any game is to plan things out well in advance. Chalk out all the basics -

This is the first and the most important step to create your very own game. Use your creativity and imagination to define these questions. Starting with this step will help you stay focused on your task rather than losing the plot in the middle.

To start off with picking brains for getting the basics right, follow these steps -

To create games that will get people hooked, it is crucial to understand the fundamentals of game development. The developer needs to understand the purpose of creating a character and incorporate hurdles and levels keeping in mind the attention span of users.

To get to the basics, let us start with understanding the building blocks of any game. A medium of entertainment, games are created with the purpose of recreation and sometimes, education.

Every game will have these two things -

Even the simplest game will have to tick boxes of having these two requirements fulfilled. The creator can then add layers and levels to it later. 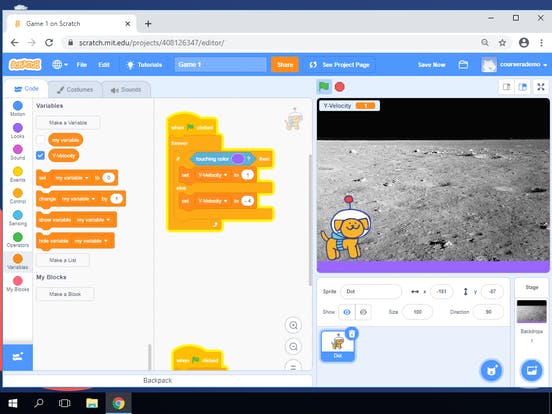 Scratch is a visual programming language that can help kids create fun games easily. Developed by MIT, Scratch also has a wide online community of creators that share their ideas. This community has both mentors and students. Kids getting started with the platform can learn a lot from this community. Scratch lets learners create animations and games while reducing the pain points for them. Learners need to design the game using visual blocks. This eliminates the need for debugging multiple errors. Scratch is optimal for children between 8 to 16 years of age.

Here’s a video of one of our student’s projects made using Scratch: Games built on Scratch by Codeyoung students

Learn more about game development from our CodeDash episode on Game Building about Arcade Shooting Game in Scratch. 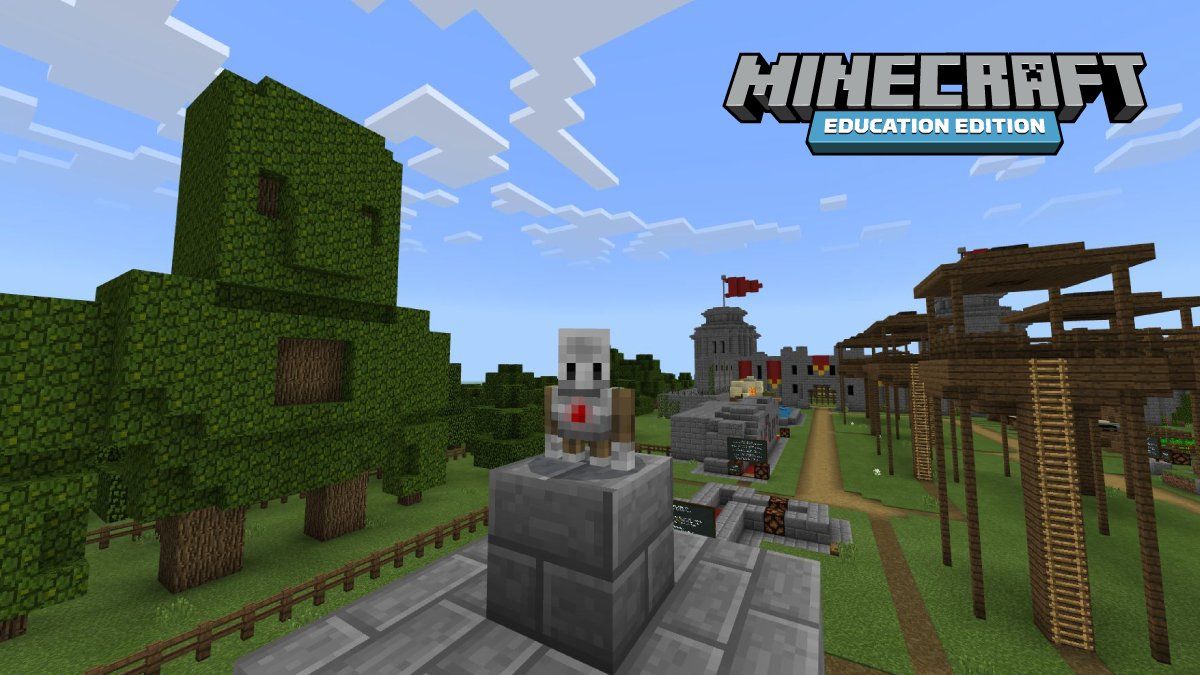 There are lots of software technologies available on the internet but choosing the right one is overtly important because the initial stages define how a kid is going to react to the subject. Hence, here are some notable recommendations.

You will never know what works best for you unless you try them. Therefore, I present some of the honorable mentions:

What are the best projects on Game Development for Kids? 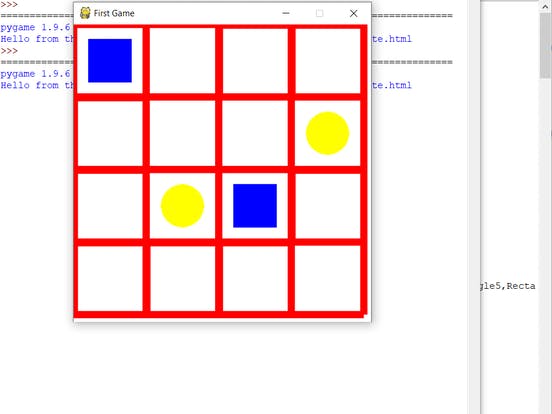 With utmost knowledge and proper guidance, kids can easily develop games on their own. Some of the best-known projects on Game Development for kids are: 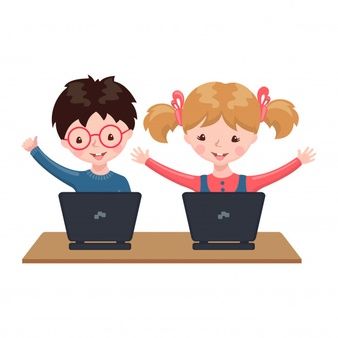 Game creation is as important as actually playing it. The way gamers interact with the game says a lot about the entire process of game development. Likewise, if our game development guide helped you answer any of your doubts then don’t forget to tell us in the comment section below. We always look forward to having conversations. 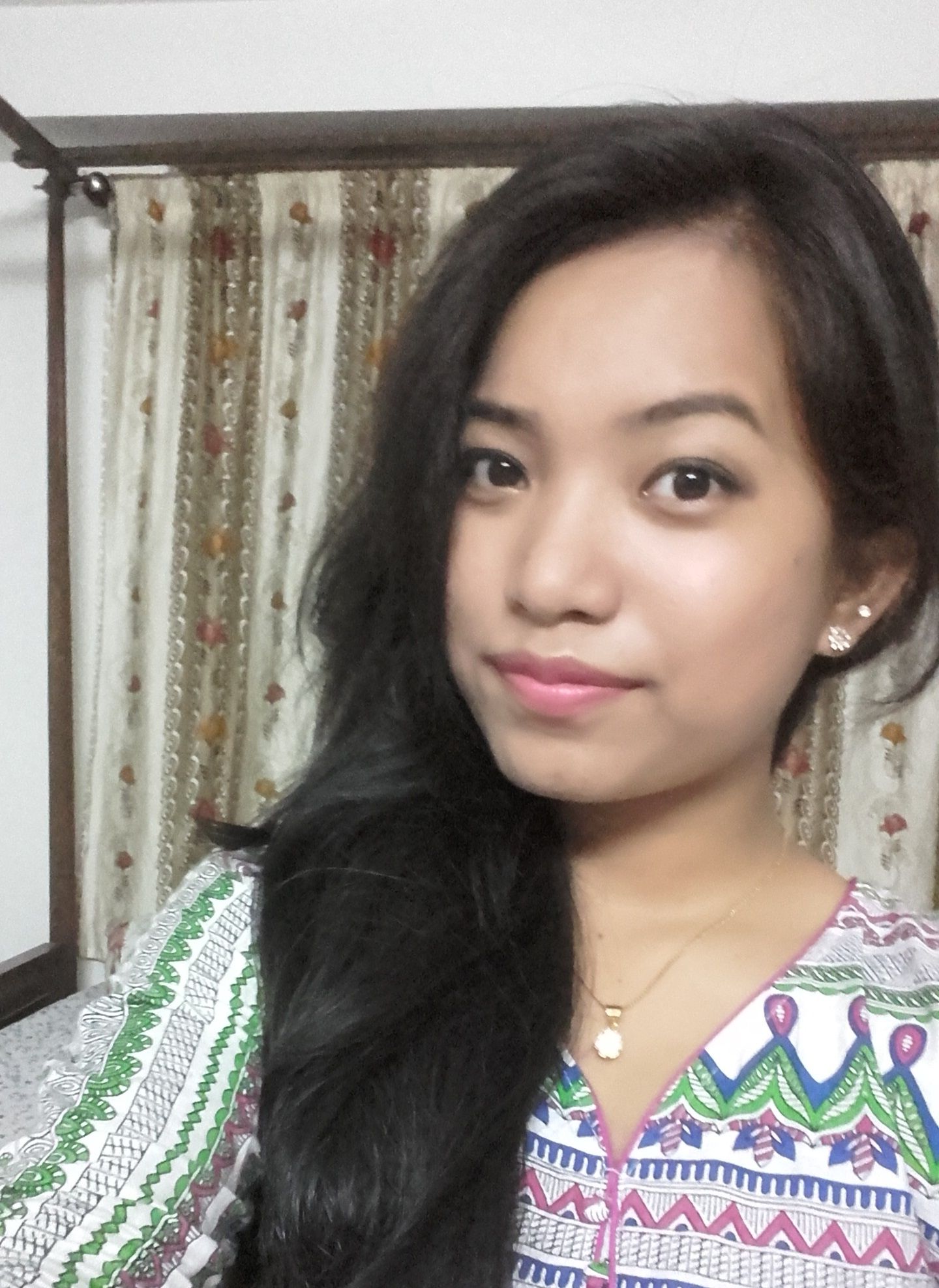 An admirer of all things minimalist. Passionate about writing and dogs. 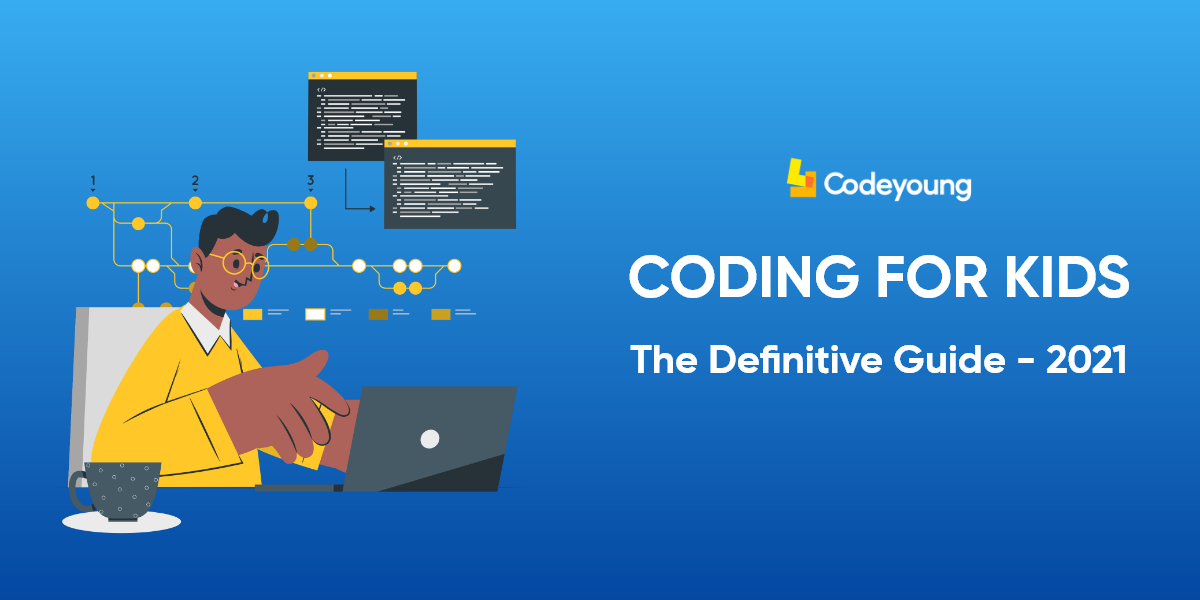 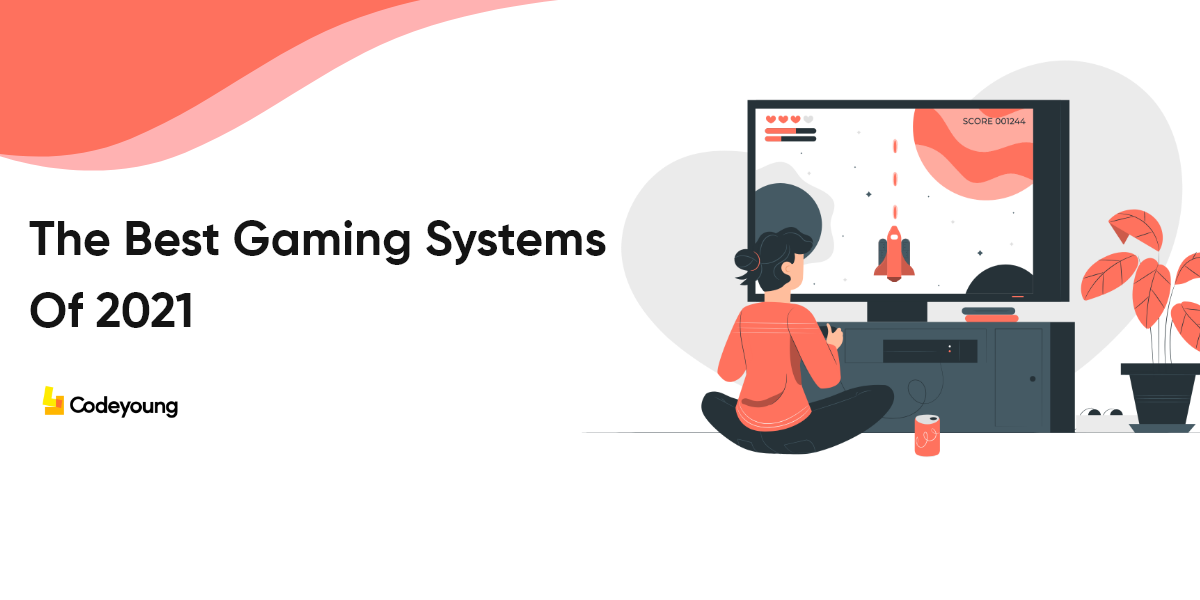 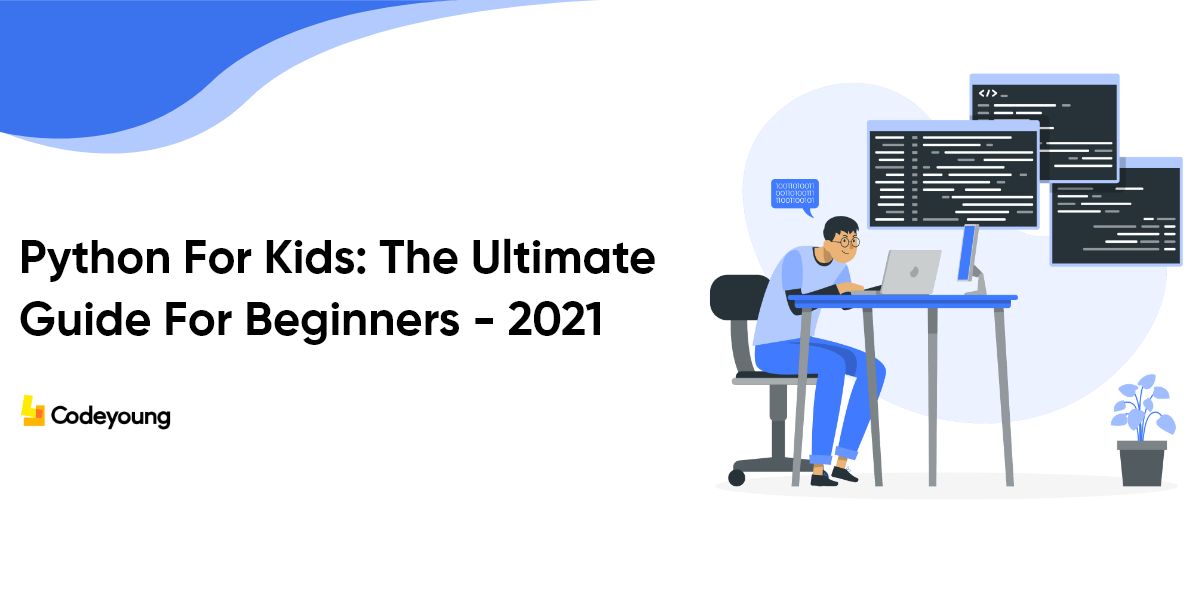